Heads Up, Ears Down

This blog accurately identifies depictions of violence and cruelty toward animals in films. The purpose is to provide viewers with a reliable guide so that such depictions do not come as unwelcome surprises. Films will be accurately notated, providing a time cue for each incident along with a concise description of the scene and perhaps relevant context surrounding the incident. In order to serve as a useful reference tool, films having no depictions of violence to animals will be included, with an indication that there are no such scenes. This is confirmation that the films have been watched with the stated purpose in mind.

Note that the word depictions figures prominently in the objective. It is a travesty that discussions about cruelty in film usually are derailed by the largely unrelated assertion that no animals really were hurt (true only in some films, dependent upon many factors), and that all this concern is just over a simulation. Not the point, whether true or false. We do not smugly dismiss depictions of five-year-olds being raped because those scenes are only simulations. No, we are appalled that such images are even staged, and we are appropriately horrified that the notion now has been planted into the minds of the weak and cruel.

Depictions of violence or harm to animals are assessed in keeping with our dominant culture, with physical abuse, harmful neglect, and similar mistreatment serving as a base line. This blog does not address extended issues of animal welfare, and as such does not identify scenes of people eating meat or mules pulling plows. The goal is to itemize images that might cause a disturbance in a compassionate household.

These notes provide a heads-up but do not necessarily discourage watching a film because of depicted cruelty. Consuming a piece of art does not make you a supporter of the ideas presented. Your ethical self is created by your public rhetoric and your private actions, not by your willingness to sit through a filmed act of violence. 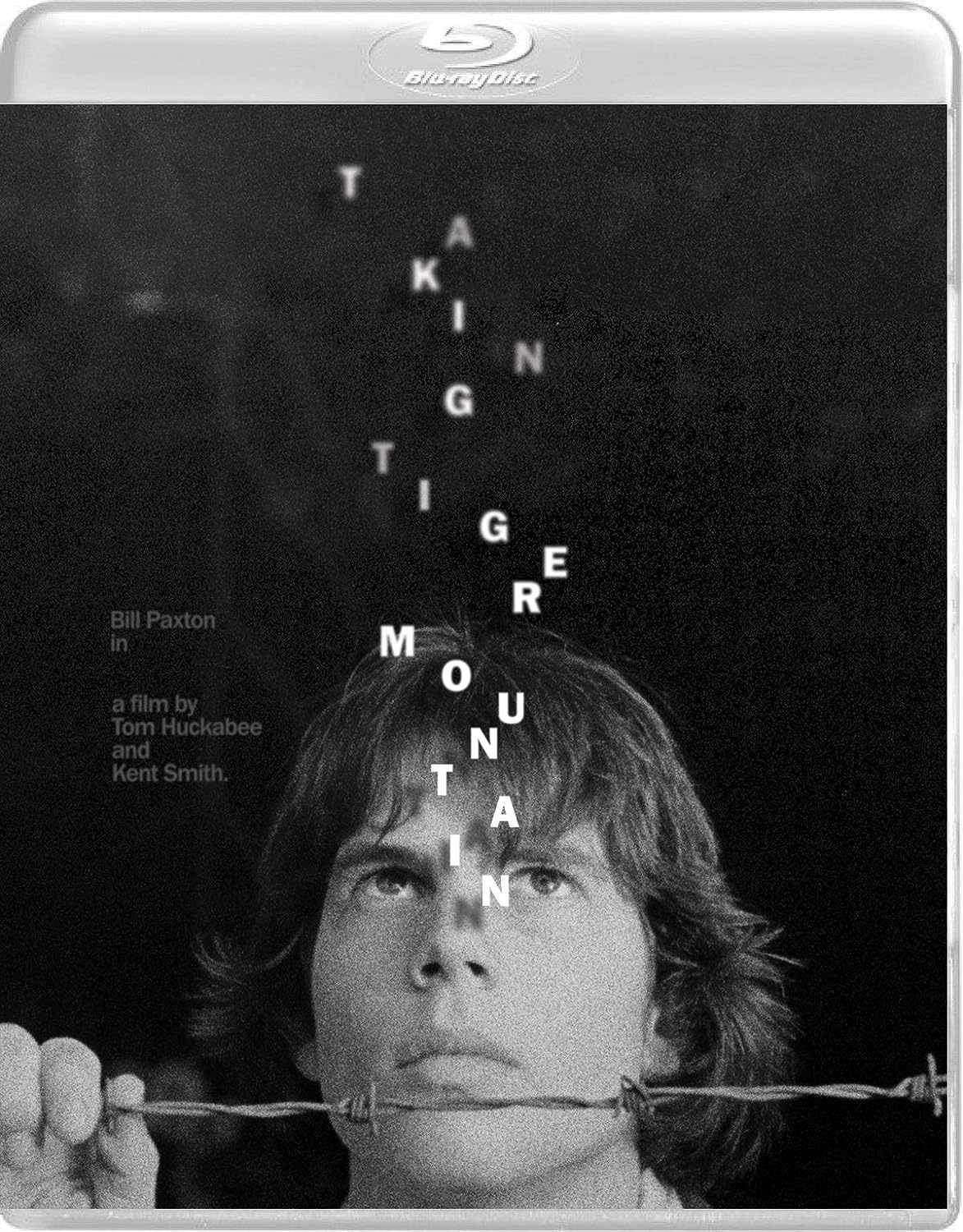 Summary: No particular depictions of violence or harm to animals.

The Vinegar Syndrome release also include the 2018 version of the film (Taking Tiger Mountain Revisited, 76 minutes), as well as Kent Smith’s short film Interviews with Welshmen.

I enjoyed both versions of Taking Tiger Mountain and appreciated the artistic and social changes offered in the new version.
at 1/19/2020

Tales from the Golden Age 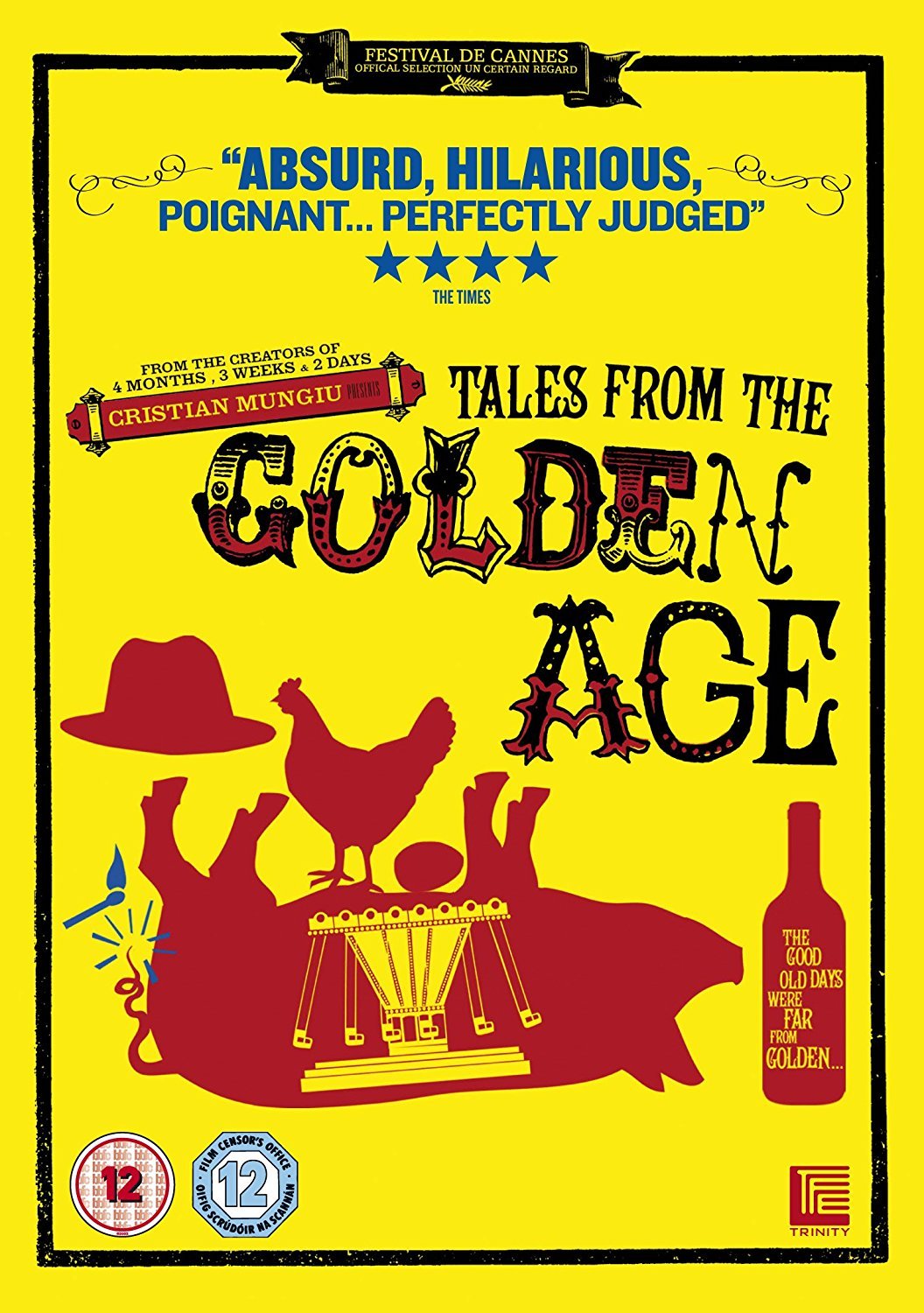 Summary: The plot of “The Greedy Policeman” is an ill-fated attempt to discreetly butcher a pig in a small apartment. We do not see the pig killed or badly injured, but he is handled roughly 7:45-10:00, and most of the dialogue and action from that point forward is about a ridiculous method to kill and butcher the gentle pig.

That offense aside, Tales from the Golden Age includes six funny and well-acted short films about life in Romania during the last 15 years of Ceauşescu's regime. Each film is by a different director, with the first five sequenced consecutively and “The Zealous Activist” included as a bonus feature.

Email ThisBlogThis!Share to TwitterShare to FacebookShare to Pinterest
Labels: Romanian

Tammy and the T-Rex 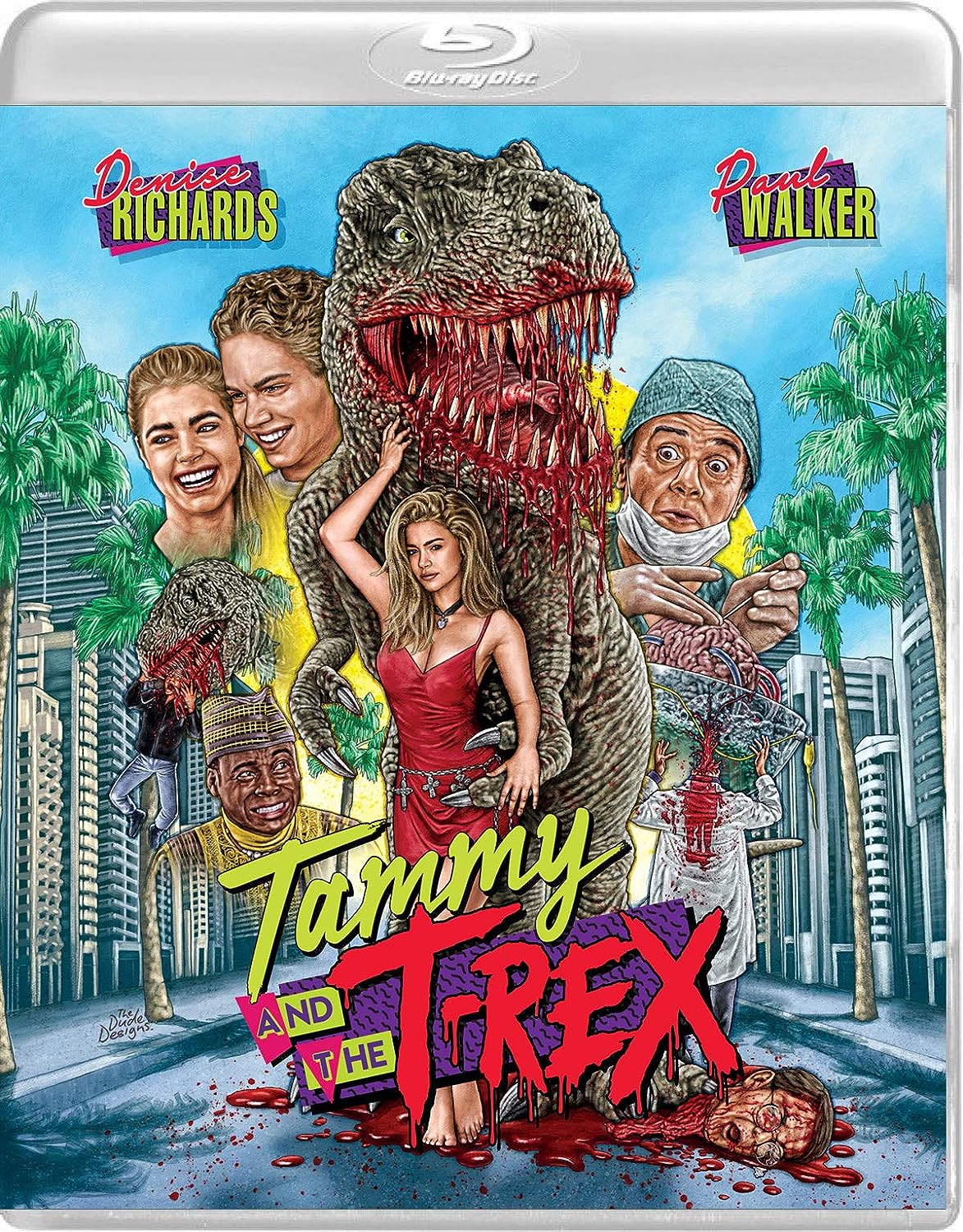 Details:
1) A lion is mauling a man, and a game warden intervenes by shooting the lion, 21:49-21:52.  We do NOT see the lion shot. We see the game warden lift and rifle, then hear gun fire during a cut to the next scene.
2) While searching for the dinosaur in a small barn (hmmm), the evil scientist is startled by a chicken and shoots his tranquilizer gun at the bird, 1:22:02. This is a very confusing scene visually because in the space of half a second we see the flying chicken and what appears to be a splatter of blood against the wall; but the bright red plume actually is the feathered stabilizer of the tranquilizer dart, which did NOT hit the bird.
3) Soon after this the T-Rex is “killed” in a hail of police gun fire. Dialogue immediately afterward comedically explains that this makes no sense, as the dinosaur is mechanical and would not, could not, slowly be brought down and collapse on the floor . . .

The potential depictions of violence to animals in this film all resolve to be non-issues. But sticking to the objective of this project, could an unexpecting viewer be upset or taken by surprise by the apparently-shot chicken? Yes.

This Vinegar Syndrome release is the first time Tammy and the T-Rex has been available uncut with its substantial violent gory deaths intact. VS also includes the heavily-edited “family” version that was a video store staple in the 1990s. 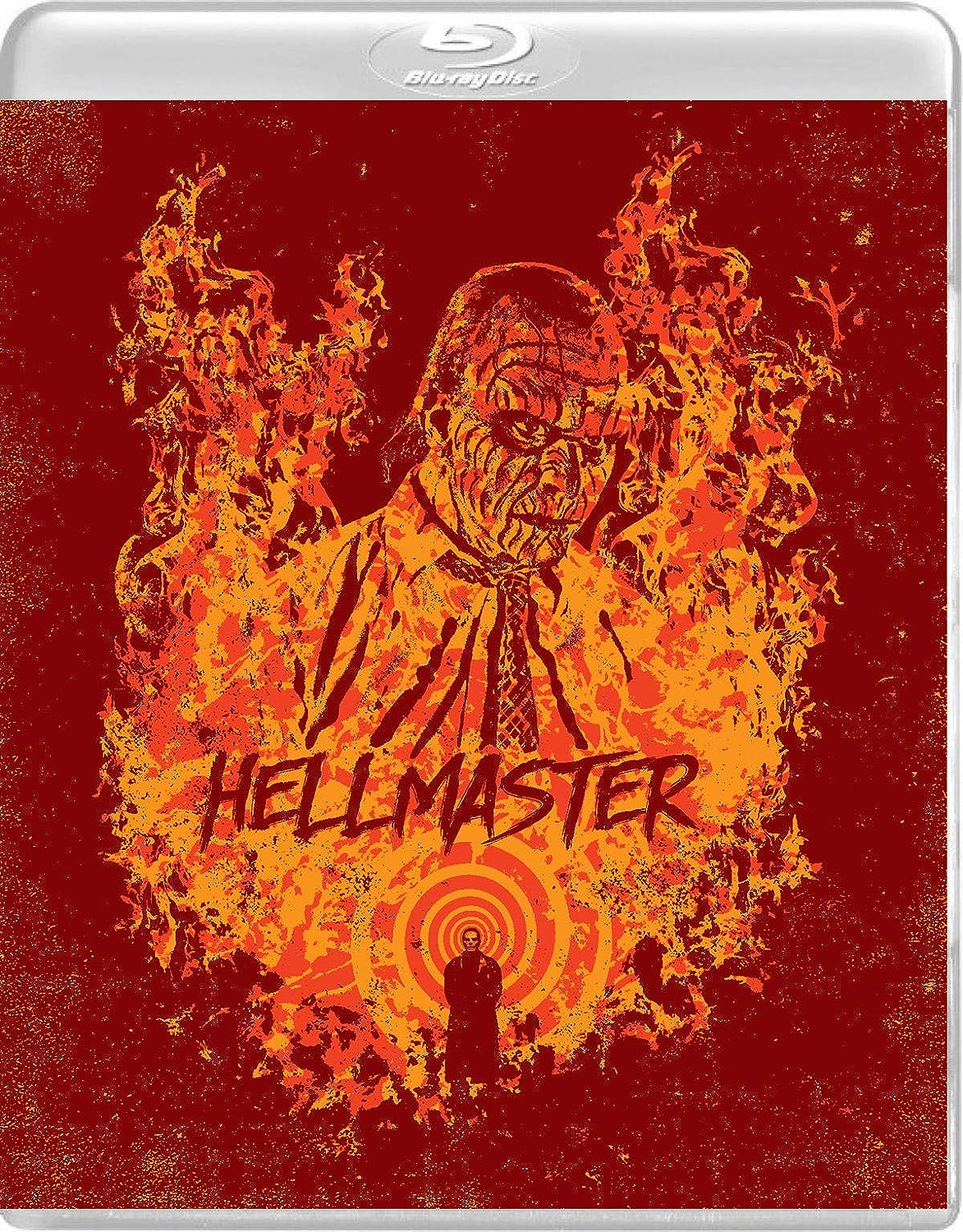 The Vinegar Syndrome release also includes the 91-minute cut of the film often released on VHS as Hellmaster.

There’s Nothing Out There 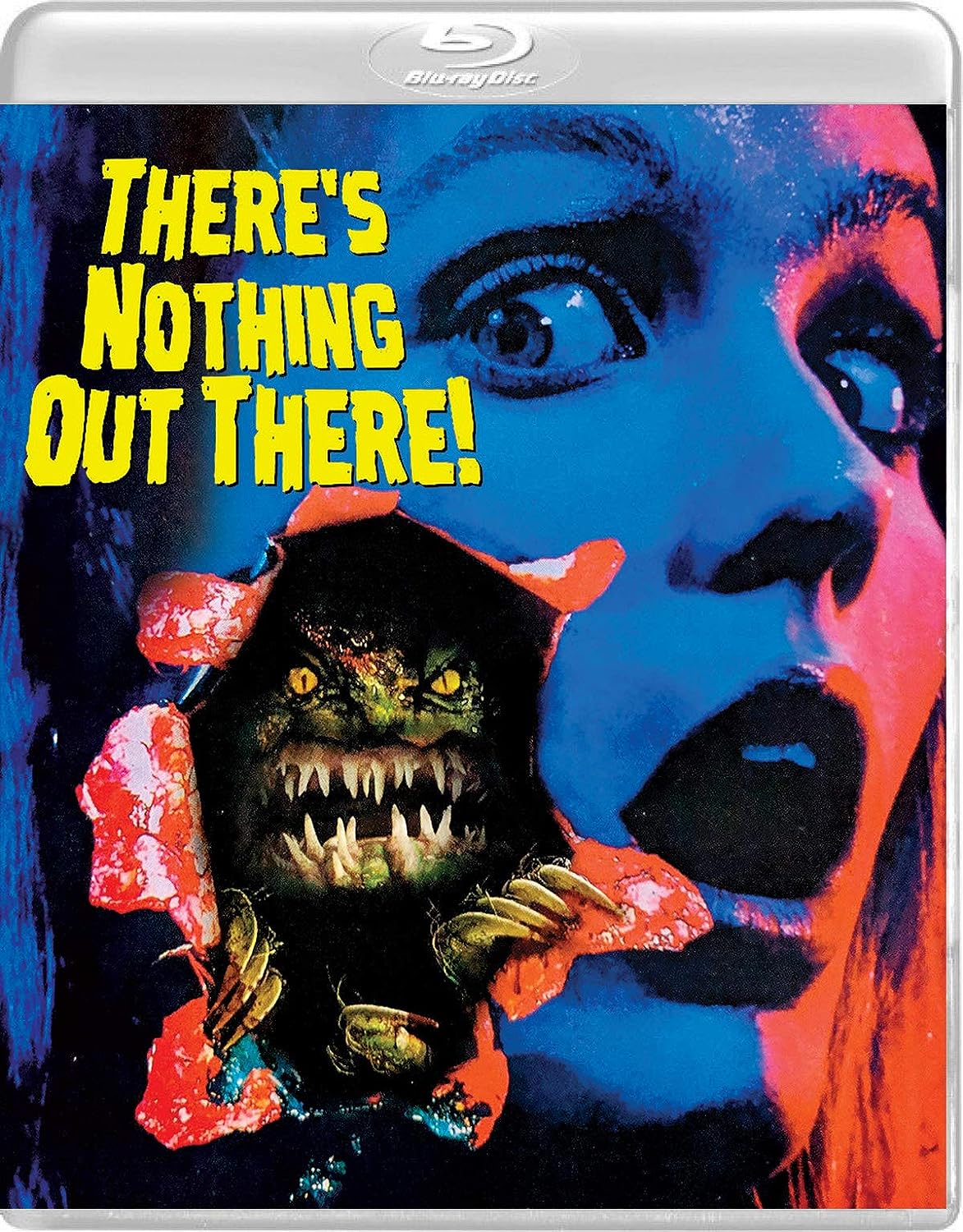 A siamese-mix house cat appears for a few quick jokes about cats in horror films, but is not handled badly nor does any harm come to his character.

The Vinegar Syndrome release includes a variety of archival material and commentary, along with Charlie Lyne’s 2015 Copycat which is an unusual documentary about Kanefsky, and three other Kanefsky films: 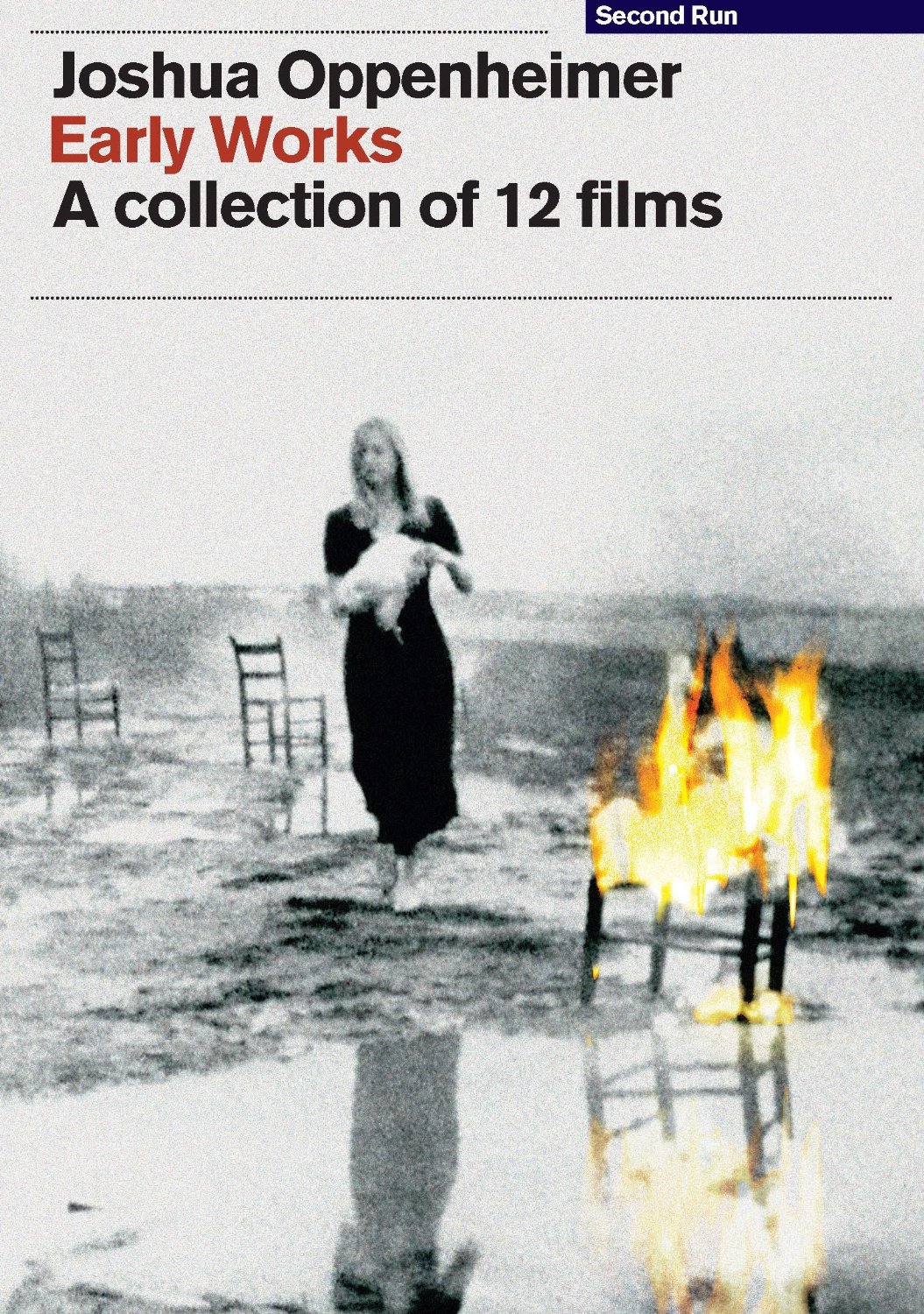 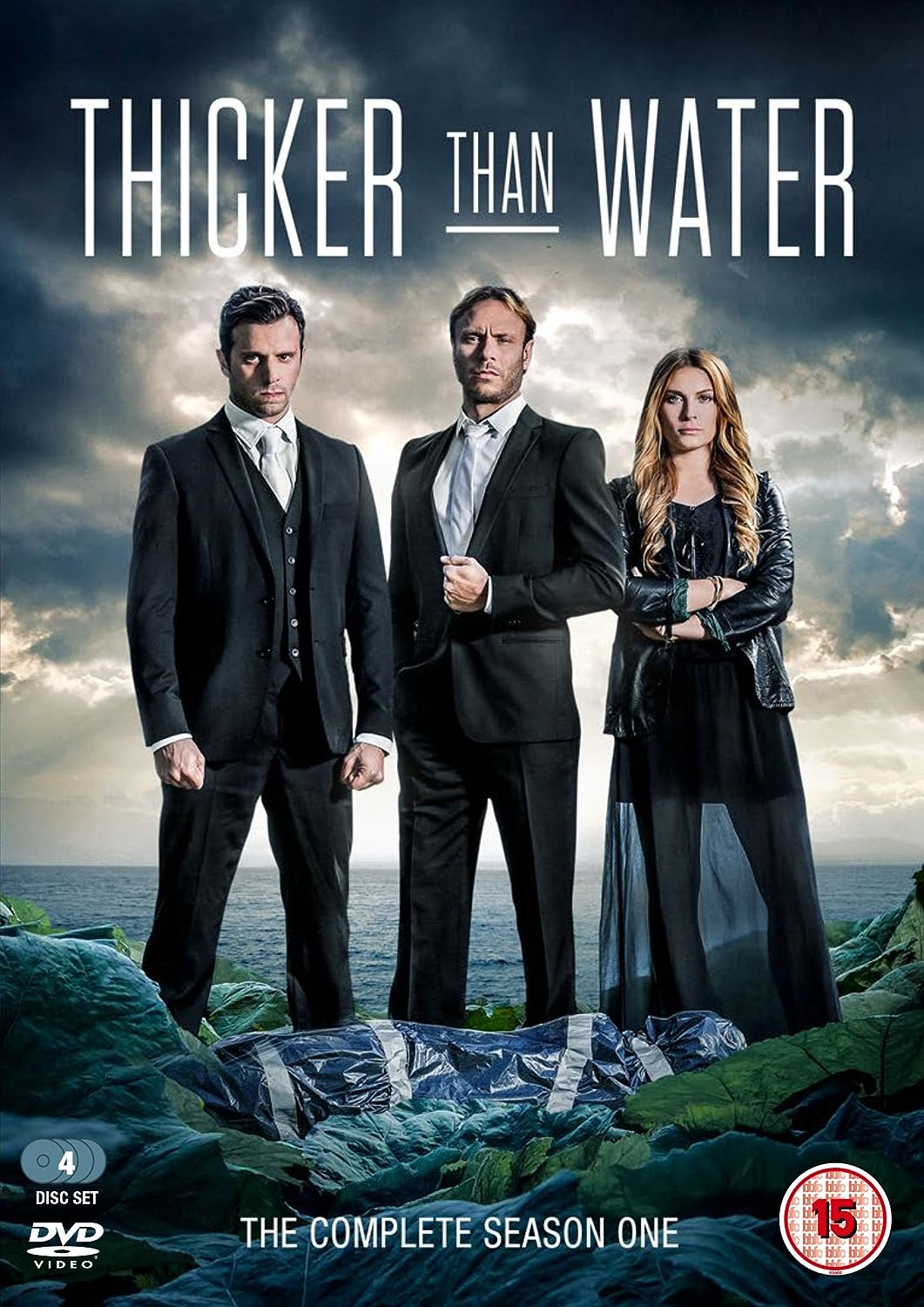 Summary: The last episode includes a typical depiction of fish cleaning, an example of relatively normal domestic meat and fish prep that is not alarming to this project.

Summary: Unprovoked abuse to a snake.

Details: A seemingly harmless snake is picked up by the tail at 8:01 and dropped on a large and active ant hill at 8:11. The snake is engulfed by ants and appears to react to many bits before crawling off at 8:18.

Thirst and Port of Call share disc# 23 of 30 (part of ‘Centerpiece 3’) in the Ingmar Bergman’s Cinema set. 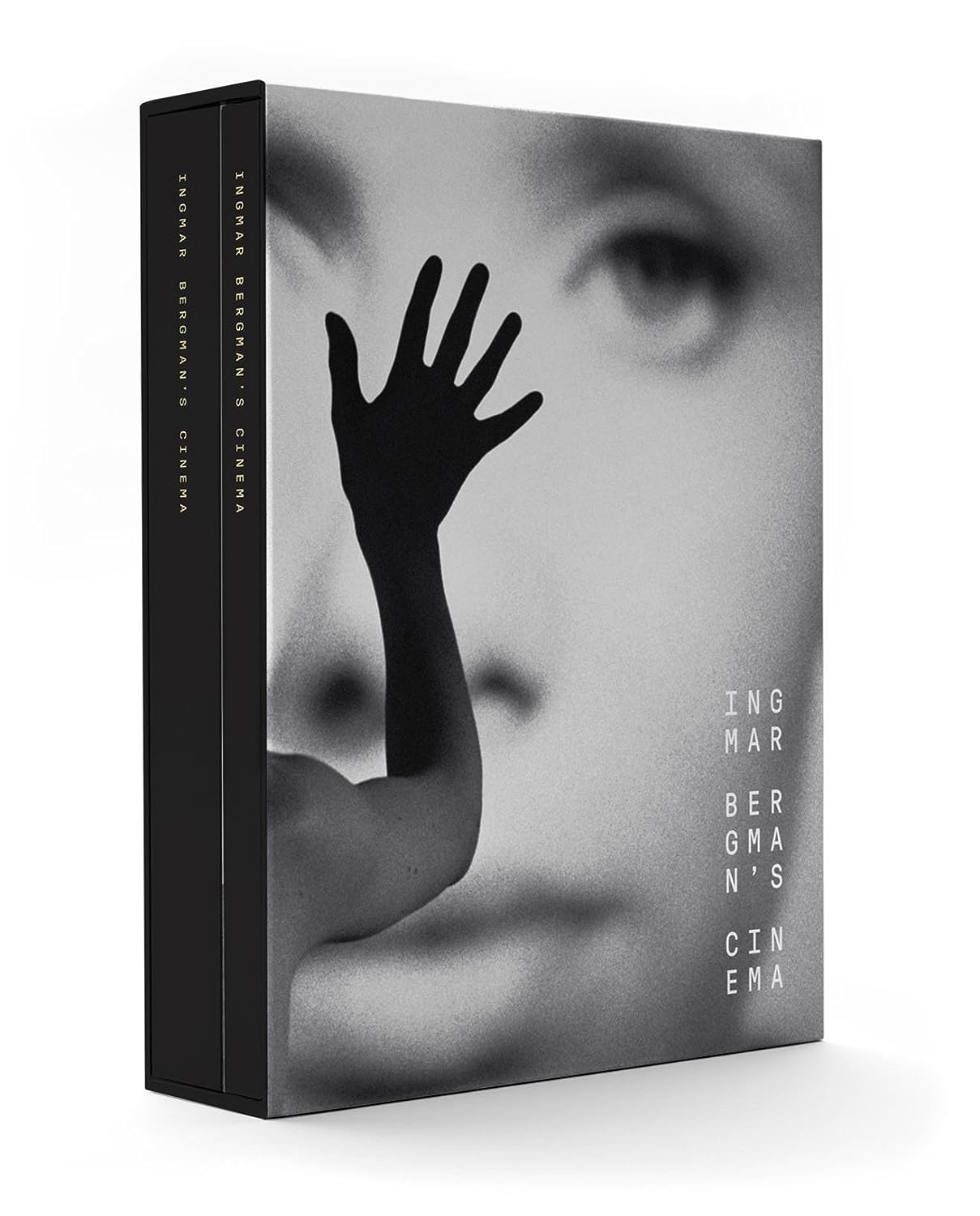 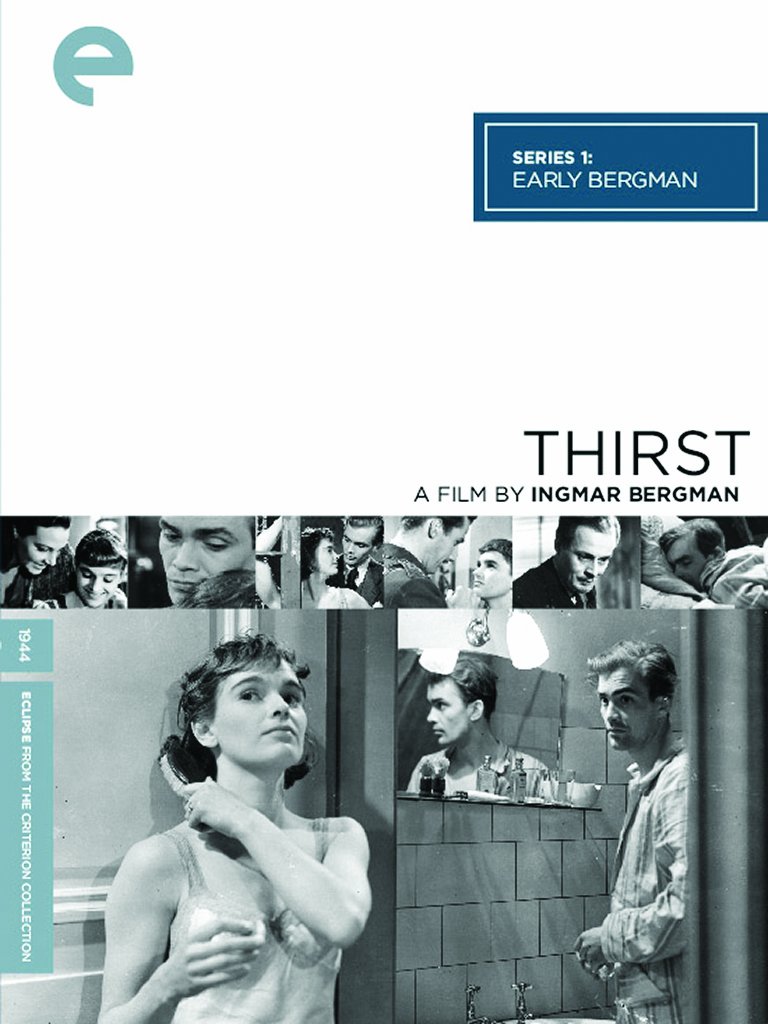 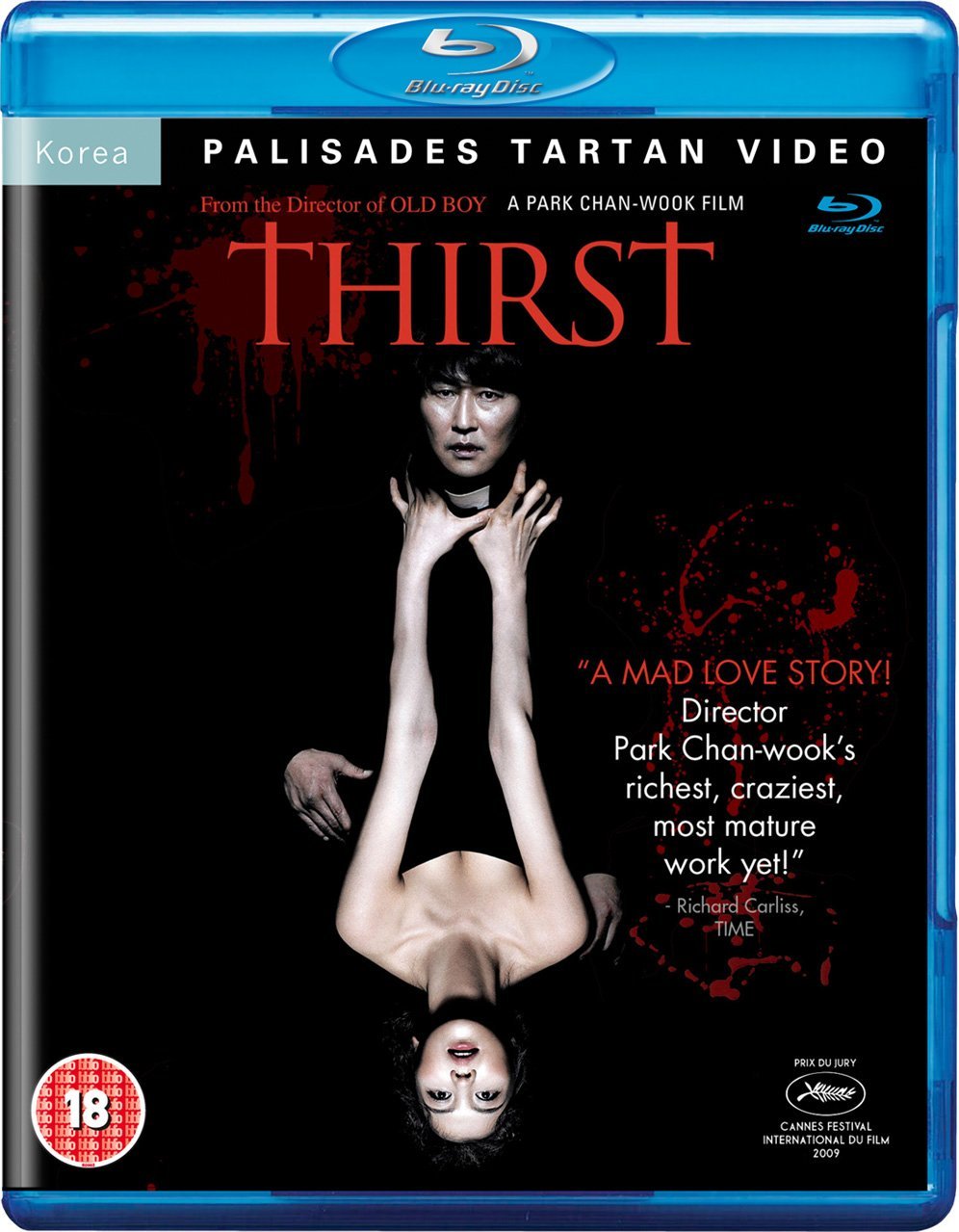 Summary: Near the end of the film, disarray of a domestic interior after a fight includes what appears to be a dead snake or eel lying on the floor; unclear.

Email ThisBlogThis!Share to TwitterShare to FacebookShare to Pinterest
Labels: Korean 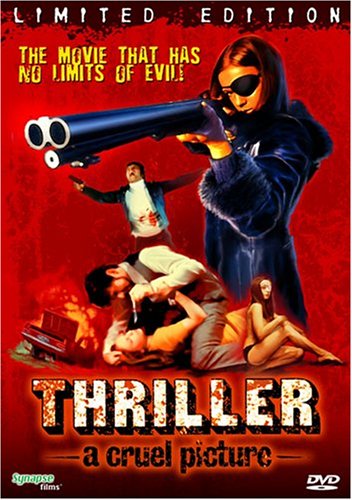 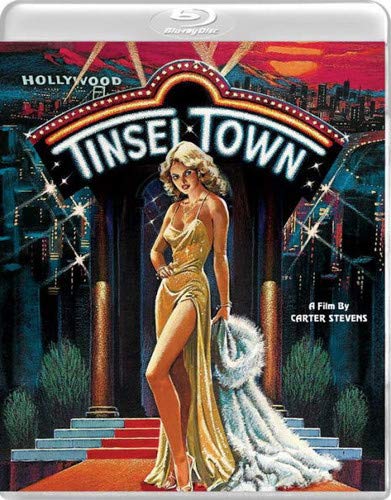 Summary: No animals or references to animals in the film. 1/5❤ 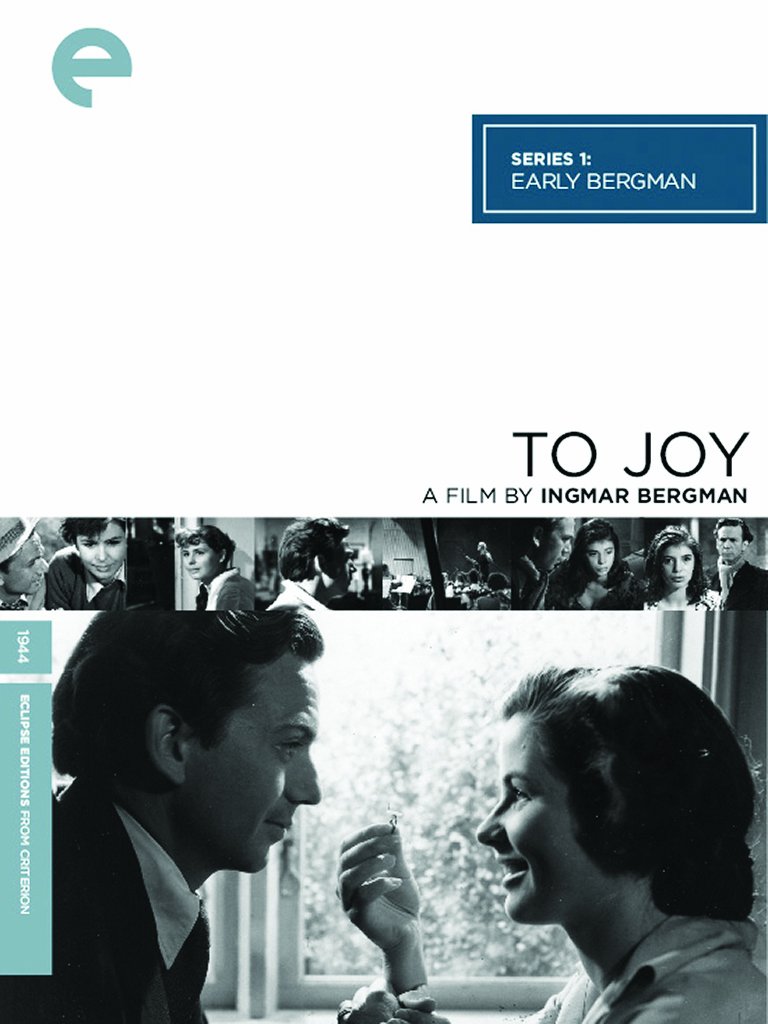 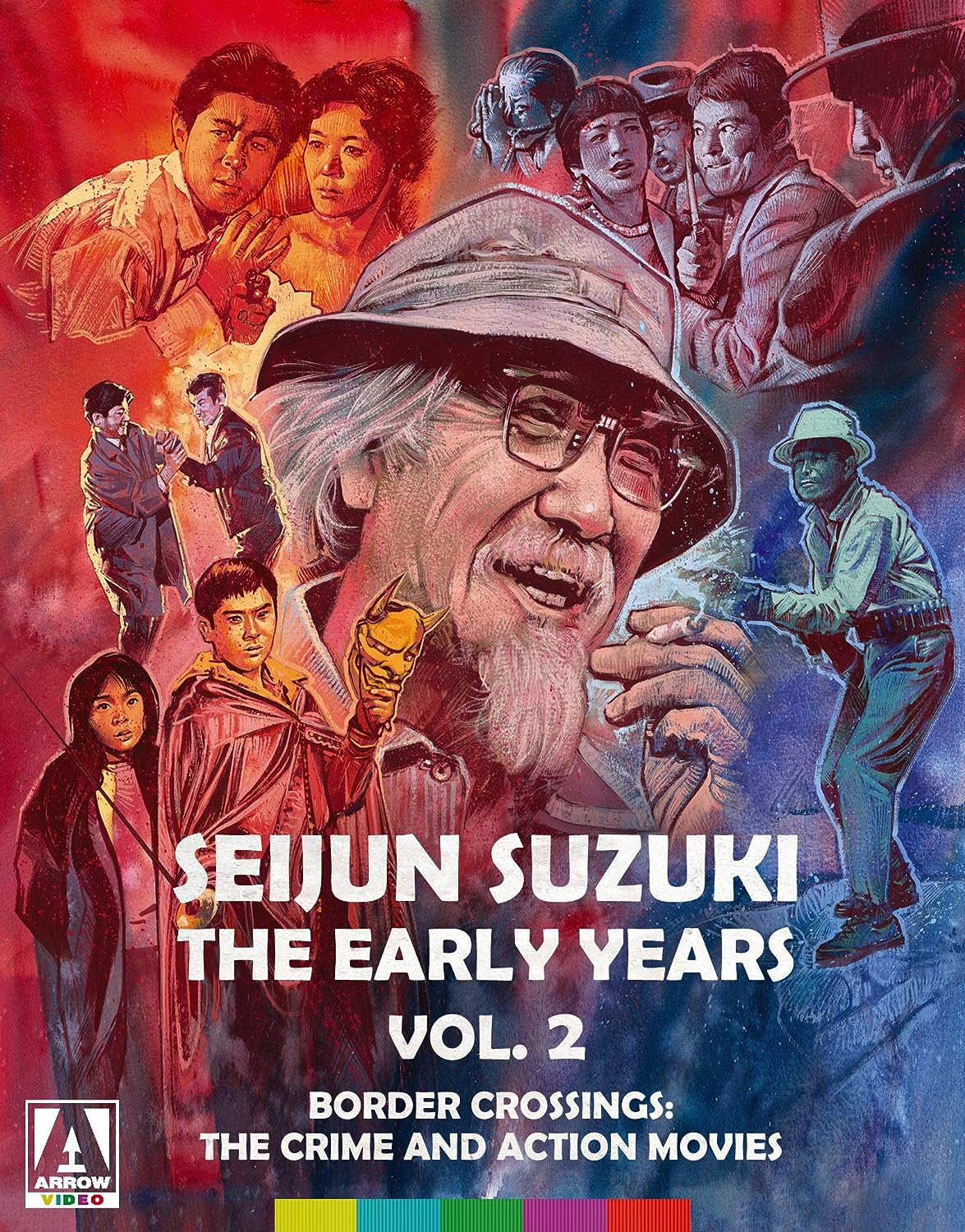 The Touch and The Serpent’s Egg share disc #21 of 30 in Ingmar Bergman’s Cinema (part of ‘Centerpiece 2’). The Touch is accompanied by Stig Björkman’s 1971 documentary Ingmar Bergman, recorded on location during the making of The Touch. 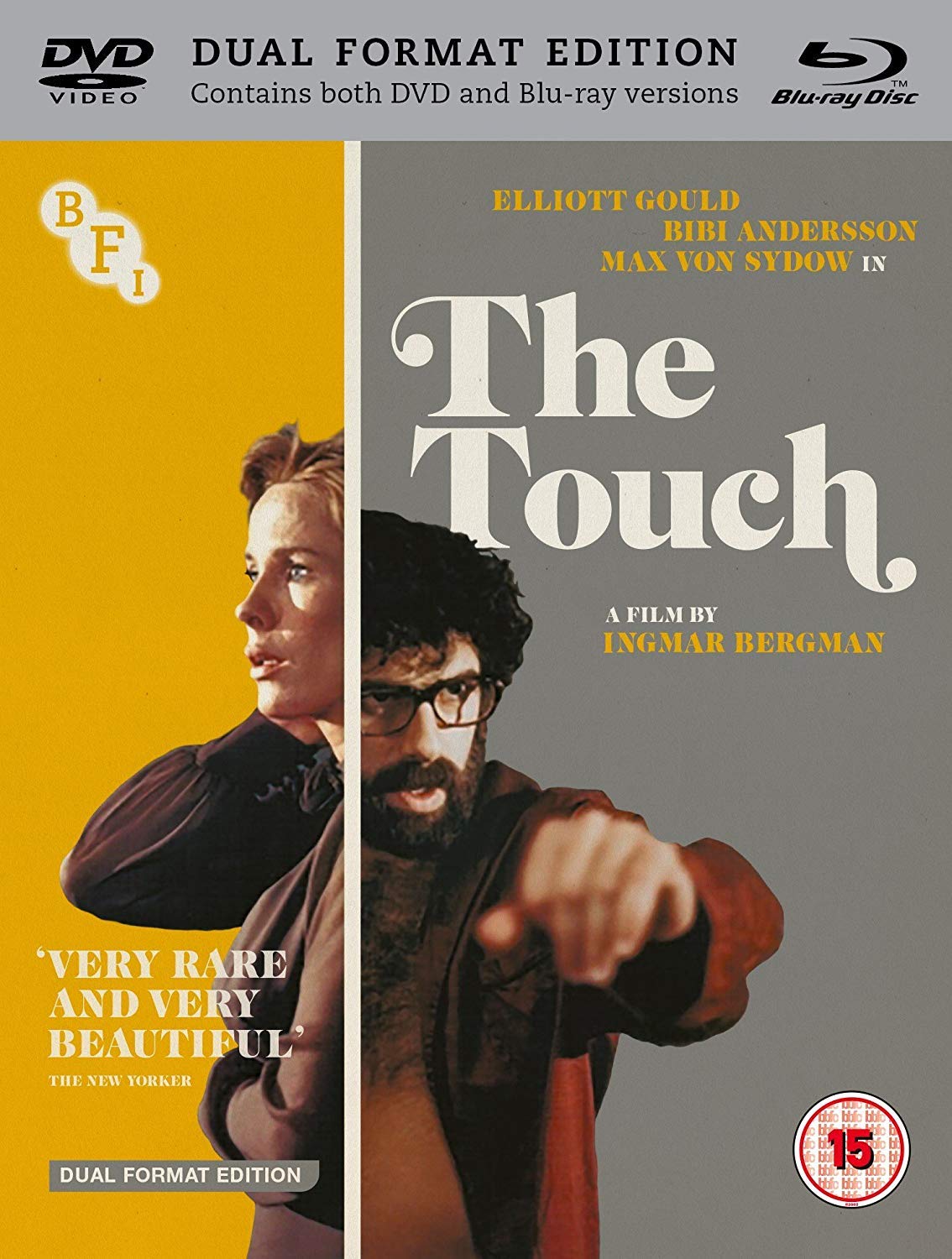 Toys Are Not for Children 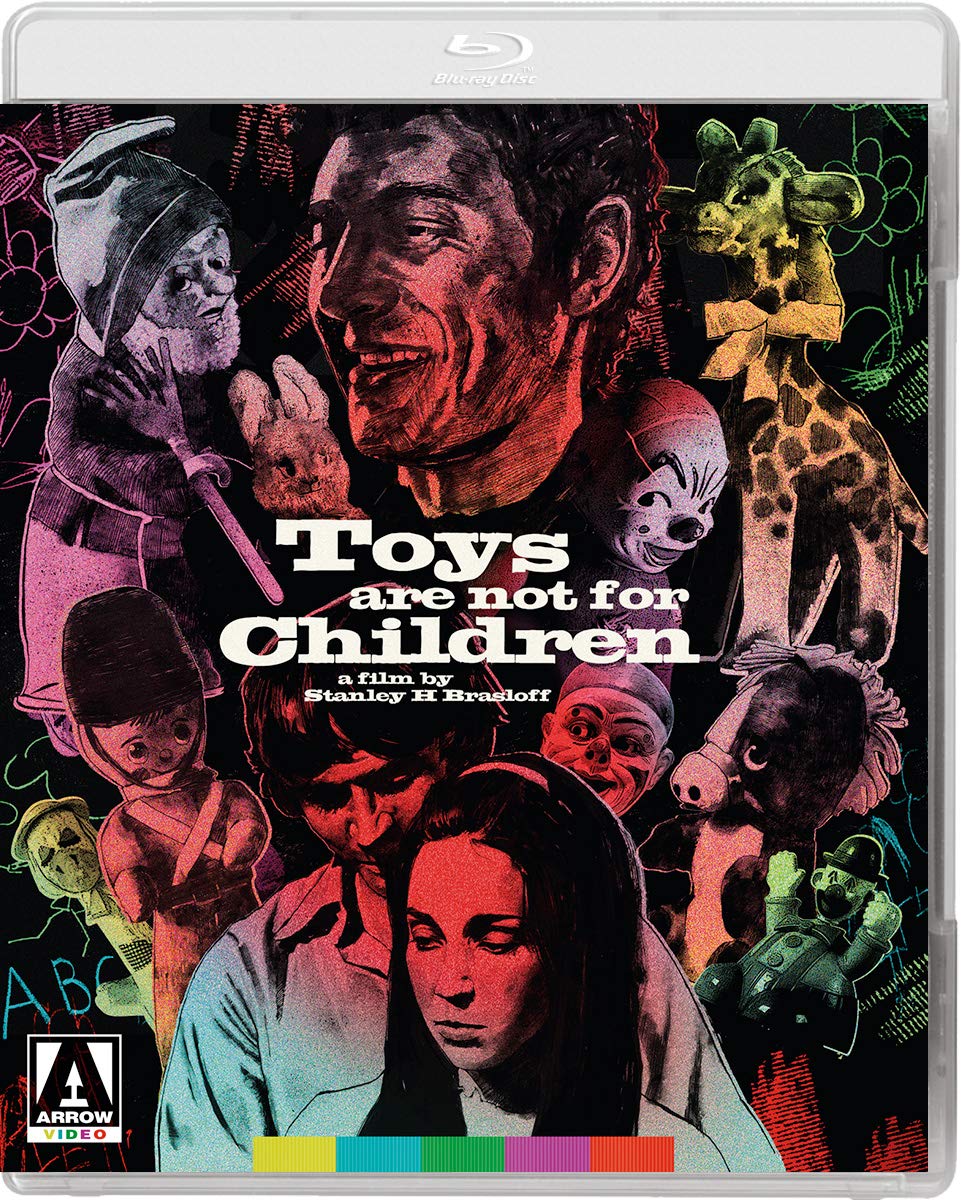 Summary: No particular depictions of violence or harm to animals.

This blog is an expansion of